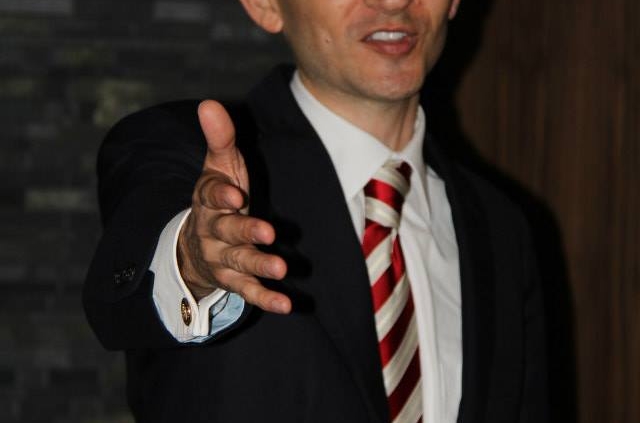 “It’s not a glamorous position,” he said, adding he’s taking a position in another part of the state outside of politics. “This job is a labor of love.”

You’ve got that right, Dick.

For evidence, look no further than the royal shellacking the Republicans took a few weeks back. This wasn’t your run-of-the-mill beatdown. The Republicans took it in every place it hurt — on issues, on popularity, on demographics. And here’s the hilarious part: They had no idea it was coming.

On Election Day, we got DeNapoli on the phone, and he expressed confidence. While conceding Republicans will never take the state’s most Democratic county, he said is party would crest the 35 percent mark, a barometer forecasting the rest of the state. Meaning: Over the past few statewide elections, if the Republican contender gets more than 35 percent of the vote, he or she will win the entire state.

That, however, didn’t happen this election. The Democrats flexed with 67 percent of the vote, while Republicans whimpered with 32 percent.

But was DeNapoli to blame for the loss?

He doesn’t think so. He said demographics led to the outcome, adding that the county has swelled with an additional 100,000 fresh minority voters in the past four years, who overwhelmingly voted for Barack Obama et al.

“It’s very odd for a national trend to be blamed on anyone locally,” he said. “And anyone thinking to scapegoat a local party chairman I think is discouraging participation.”

DeNapoli is talking about the woman who wants his job, Karen Harrington, who said in a statement Monday: “Unfortunately, our party has suffered from a lack of leadership.”

DeNapoli gets a little touchy when he takes heat. “C’mon!,” he said. “We worked countless number of hours. We did plenty of outreach. You shouldn’t go after the volunteers.”