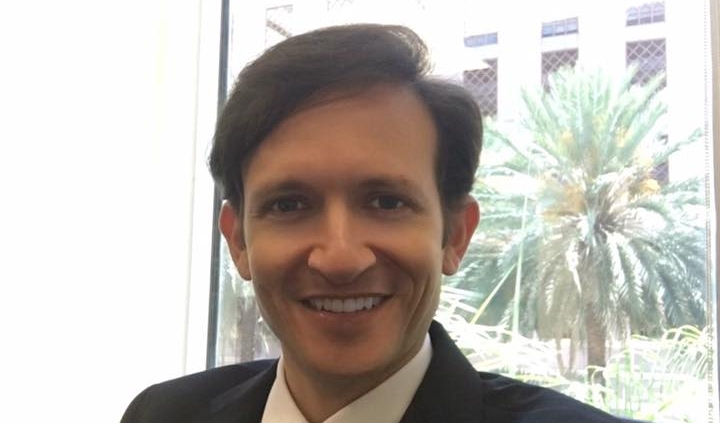 The party’s State Committeeman Richard DeNapoli accused local GOP Segeant of Arms Ben Bennett of calling the cops on him during a recent Lauderdale Beach Club meeting, according to an e-mail he sent to party activists over the weekend.

The incident was said to be the latest in an alleged witchhunt by Broward Republican Chair Robert “Bob” Sutton.  The party boss reportedly wantsto get rid of dissidents from the party organization.

Republicans should spend more time on trying to win elections and less time on these inner party shenanigans. They only serve to weaken the GOP.

What happened to the Big Tent Republicanism?

If the situation is as DeNapoli describes, it is outrageous.  If the time of law enforcement agencies are being wasted by dragging them into a foolish squabble based largely on personalities is not only disgraceful, it is unlawful making false reports.

DeNapoli did not give his e-mail to Browardbeat.com.  It was forwarded by another Republican.

A lawyer and a former prosecutor, DeNapoli very carefully worded his e-mail to GOP activists.   And he was very cautious when he spoke to Browardbeat.com about the e-mail.

“You shouldn’t be afraid to go to a Republican meeting because the police may be called on you,” DeNapoli said.  “..They are trying to intimidate me.”

It should be remembered that DeNapoli won a countywide committeeman election, while Sutton was voted chair of the party by a handful of acolytes inside the GOP.

Below is an e-mail circulated by DeNapoli on Saturday.

I am sad to see Dolly resign, as we both worked hard to get President Trump elected and I valued her input on the Board. I, too, am a longstanding loyal Republican, having served as BREC Chair and now the publicly elected State Committeeman. But I understand Dolly’s reasons and can echo her sentiments.

It is true that rather than focusing on critical tasks, certain members of BREC are instead focused on personal disagreements and vendettas. Dolly wrote that “instead of focusing on important things like raising money and Lincoln Day, time is spent on filing false police reports and making false and disgusting accusations…”

I, Richard DeNapoli, have also been the subject of these false and disgusting accusations and frivolous calls to the police. Dolly has been the victim of these accusations, and so have I.

You may be shocked by what I am about to write, but it’s all true and you need to be aware of the situation.

Instead of working together, certain members are bent on expelling other members or making their lives miserable so that they resign.

You may recall that on the day after the BREC election on December 5, 2016, in an attempt to bring everyone together, I sent an email to all members congratulating all the victorious candidates.

We all know that candidates from different slates were elected. I truly want to work together with everyone and focus on getting Republicans elected and making the BREC a more effective organization. But, like Dolly, my efforts to make BREC better have also been met with hostility.

On March 8th, 2017, Ben Bennett, the BREC Head Sergeant at Arms who was appointed to this position by Chairman Sutton, called the police on me. This happened at the Lauderdale Beach Republican Club meeting, in front of over 35 people, where I had been asked to speak.

My guess is that the call was made at this particular location in an attempt to publicly embarrass me.

Without Mr. Bennett having even been a witness to any of the events he described in his phone call to the police, I was falsely accused of “assault.” I say “falsely accused” because the police determined immediately that there was no assault.

Click here to listen to the phone call made to the police. The first call was made before the Lauderdale Beach meeting began and is from the beginning of the tape to 2:08, and then a second call begins at 3:51.

Mr. Bennett claimed that this “disturbance” occurred two weeks earlier and that his “client” wanted to report this.

(As an aside, you would think that if a real crime had occurred, it would have been reported sooner, and that the police would not be called two weeks later to show up at a Republican club meeting where it was known that I would be speaking).

The police also informed me that I was accused of the crime of falsely imprisoning someone. Chairman Sutton knew full well of Mr. Bennett’s phone call to the police. Chairman Sutton was standing next to Mr. Bennett on the sidewalk outside the Lauderdale Beach Republican Club meeting on the night the police were called on me. As I walked out of the Lauderdale Beach Republican Club meeting past him, I heard Chairman Sutton tell the deputies, “there he goes walking to his car.” This was in reference to me.

The Deputies then came over to me and asked me a series of questions and determined, of course, that I had committed no crimes and did nothing wrong. The matter was closed and there was no further investigation.

They knew that this was just a political disagreement. One of the deputies, in fact, personally told me to “watch your back” because “these people are out to get you.”

I received many calls from BREC members who weren’t even there about this incident.

People in BREC have also informed me that Chairman Sutton has informed them that I am under some sort of “FBI Investigation” for supposedly hacking the BREC website. This is another ludicrous and false accusation.

I am unsure about the genesis of this accusation and have asked Chairman Sutton to stop referencing such an accusation, but even well after my request a BREC member informed me that it was brought up by him again.

I’ve heard through the grapevine that more fake criminal accusations may be coming my way. From whom I don’t know. But here’s an example of what might happen – an ordinary handshake could be portrayed as a trumped-up battery charge.

Clearly, this is a “witch hunt” orchestrated to intimidate, harass and defame me, and you as BREC members need to be aware of this. This culture of intimidation and using the police for political purposes needs to stop, and I call upon Chairman Sutton to do something to stop this ridiculousness.

I personally don’t understand the motivations here. I know that Mr. Bennett ran against me unsuccessfully for State Committeeman and that my friendship with Rico Petrocelli has apparently caused Chairman Sutton to dislike me since Rico challenged Chairman Sutton in the December BREC elections. But we are all Republicans, and people really need to put their obvious animosities aside and get back to the real business of BREC.

Rumors occur in politics…I get that… but calling the police to make outrageous accusations is something on an entirely different level.

The bottom line is that no one should treat fellow Republicans in such a manner.

No one should falsely accuse a fellow Republican, former Chairman, and current State Committeeman of committing crimes for their own political purposes.

You do not try to ruin someone’s life simply because they disagree with you or you don’t like them. You do not waste the taxpayers’ dollars by involving the police to solve your political problems. You do not tie up the police from handling other life-threatening matters in the community by making frivolous and false calls to the police. I am an attorney and former prosecutor who has been falsely accused of assault, the crime of false imprisonment, and being under an imaginary FBI investigation.

This is beyond ridiculous for someone volunteering for the Republican cause.

But these are just a couple of examples of what has been going on over the last few months.

The police were also called the night of the BREC election on Mike Rump (Dolly’s husband) for no real reason in front of over 200 people in what amounted to an attempt to embarrass and intimidate him.

(You can view that police report here.)

None of these police actions go anywhere, but the fact that members of a volunteer Republican organization have to deal with this is outrageous.

There are other incidents that have happened that other BREC members are afraid to come forward on.